What is the Difference Between API and Intermediate?

API (active pharmaceutical ingredient) refers to the active ingredient contained in a drug. Any substance or mixture of substances intended for use in the manufacture of a drug (drug), when used in the manufacture of a drug, will become the active ingredient of the drug product. Such substances are intended to provide pharmacological activity or other direct effects in the diagnosis, cure, mitigation, treatment or prevention of a disease, or to affect the structure or function of the body.

If you consider an example-in a Tamiflu brand tablet, oseltamivir 30 mg is actually API (a powder responsible for the tablet's ability to treat influenza). But in fact, the tablet contains more than 30 mg of oseltamivir. In addition to oseltamivir, the tablet may also contain some colorants, binders, fillers, preservatives, etc. All these materials are collectively referred to as "excipients". Therefore, the combination of API (oseltamivir) and excipients (binders, fillers, colorants, etc.) constitutes any finished medicine (tablets, capsules, syrups, etc.)

What is Pharmaceutical Intermediate?

What is the Difference Between API and Intermediate?

From the perspective of new drug development, an API is a compound that can be safely used in the human body for therapeutic diagnosis after sufficient pharmaceutical research. The pharmaceutical intermediate is a compound in the process of synthesizing the API, which may not have a therapeutic effect or be toxic. Please note that this is not necessarily the case, some intermediates in the synthesis of APIs are also APIs.

From the perspective of pharmaceutical management, APIs must be registered with the drug regulatory authority (FDA in the US and EMEA in Europe) according to law and synthesized in a GMP-compliant plant after obtaining the approval number. The intermediate is only a byproduct in the process of synthesizing the API and does not need to obtain an approval number. It should be noted that although some compounds are the same as APIs, if they have not obtained the approval number​ or are not produced in the GMP factory, they are not APIs.​ 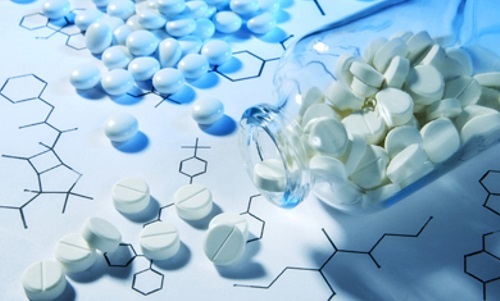 Traditionally, APIs and intermediates are produced by pharmaceutical companies in their home countries. But in recent years, many companies have chosen to shift manufacturing overseas to reduce costs. As a result, many pharmaceutical companies are located in the United States and the United Kingdom, but most API and intermediate manufacturers are overseas. The largest regions are in Asia, especially India and China. Some researches indicate that compared with North America and Europe, the production costs associated with pharmaceutical intermediates, APIs, and final drug formulations are about 50-60% lower in emerging Asian markets. This has caused significant changes to how these drugs are regulated, with more rigorous guidelines and inspections put into place.

A leading Chinese manufacturer of APIs and intermediates is Huateng Pharma, which provides API and pharmaceutical intermediates with high quality and competitive price. Huateng's new GMP plant is now under construction and will be put into production this year.