Xofluza vs. Tamiflu: Differences Between The Antiviral Flu Treatments

In October 2018, Food and Drug Administration (FDA) approved baloxavir marboxil (brand name Xofluza) for treatment of early acute uncomplicated influenza in adolescents and adults. This is the first new antiviral flu treatment with a novel mechanism of action approved by the FDA in nearly 20 years. Its one-time dosing and ability to reduce the duration of the flu make Xofluza an attractive option for many patients during flu season. But how does it compare to the popular treatment, Tamiflu (approved in 1999)?

Compared with COVID-19, influenza is a contagious disease that we are very familiar with. Many people think that influenza is similar to the common cold, but the symptoms of influenza are more severe than common viral colds, which are characterized by rapid onset, epidemic outbreaks, and group illnesses. The main clinical manifestations of influenza include chills, fever (mostly above 38°C), headache, fatigue, nasal congestion, runny nose, sore throat, dry cough, and body aches.

Elderly people, patients with chronic diseases, and physically weak people who are infected with influenza may aggravate other chronic diseases of the patients themselves. Some patients may even develop into severe cases and die due to complications such as acute respiratory distress syndrome, acute necrotizing encephalopathy, and multiple organ dysfunction.

What are Xofluza and Tamiflu?

The active component of Tamiflu is oseltamivir phosphate, a white crystalline solid with the chemical name (3R,4R,5S)-4-acetylamino-5-amino-3(1-ethylpropoxy)-1-cyclohexene-1-carboxylic acid, ethyl ester, phosphate (1:1). The structural formula is as follows:

Xofluza vs. Tamiflu: Mechanism of Action

Xofluza differs from Tamiflu in its mechanism of action. Tamiflu inhibits the action of the viral enzyme neuraminidase (which lets viruses bud and spread from the infected cell). Xofluza, by contrast, inhibits polymerase acidic endonuclease to prevent viral replication. 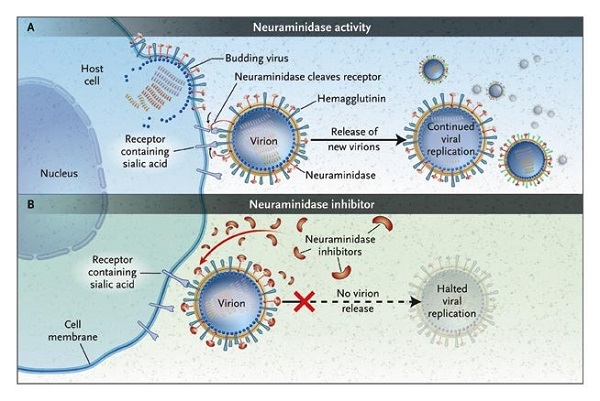 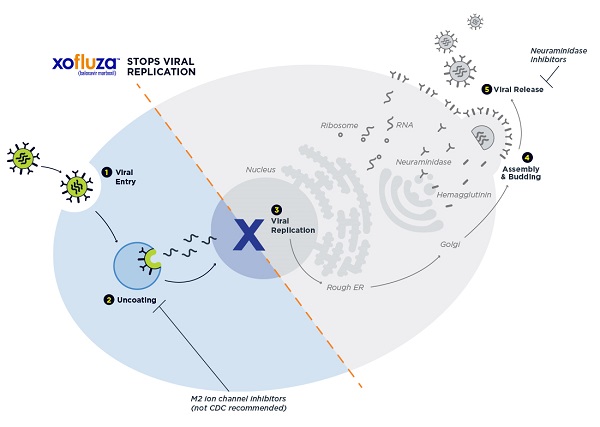 In two randomized trials enrolling more than 1,800 patients, one oral dose of baloxavir significantly reduced the duration of flu symptoms, as well as infectivity/contagiousness (i.e., duration of viral shedding), and viral levels in the upper airway. This was compared to either placebo or oseltamivir.

In patients with influenza type B, Xofluza was found to be particularly more effective than oseltamivir, reducing the time to improvement of symptoms (median 75 hours compared to 102 hours).

Like oseltamivir, Xofluza is to be given in the first 48 hours of flu symptoms.

Xofluza vs. Tamiflu: Forms and strengths

Tamiflu and Xofluza come in different forms and strengths:

Unlike Tamiflu, Xofluza cannot be used to prevent the flu.

Xofluza vs. Tamiflu: Side Effects

Tamiflu may cause more serious side effects such as skin or hypersensitivity reactions. These allergic reactions can start as rashes and become worse over time. There have also been reports of psychiatric events such as delirium, hallucinations, and abnormal behavior in those taking Tamiflu. These psychiatric events have mostly been reported from children in Japan.

Xofluza may also cause skin or hypersensitivity reactions. These reactions can be experienced as redness or itching. There is also a risk of bacterial infections when taking Xofluza.

Huateng Pharma has worked extensively and developed innovative technologies in the area of API intermediates technology. Our innovative team of chemists has a proven track record in process development, process optimization and scale-up. Whether you're looking for quantities in grams, tons or anything in between, we are ready to provide you with unparalleled levels of service with a proven track record for providing quality product in a timely manner. You can find our baloxavir marboxil intermediates and oseltamivir intermediates in our official website. 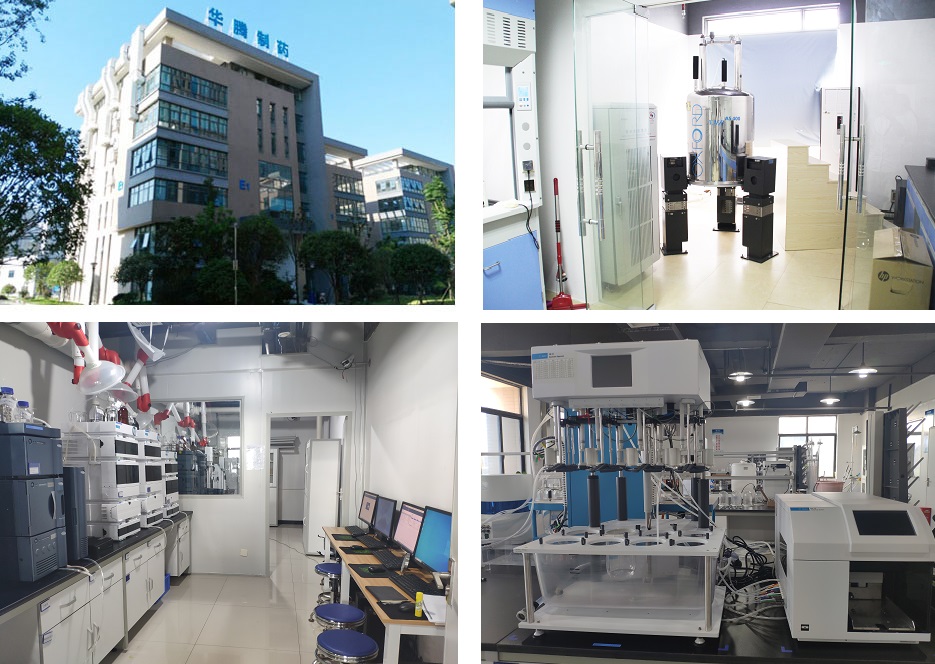